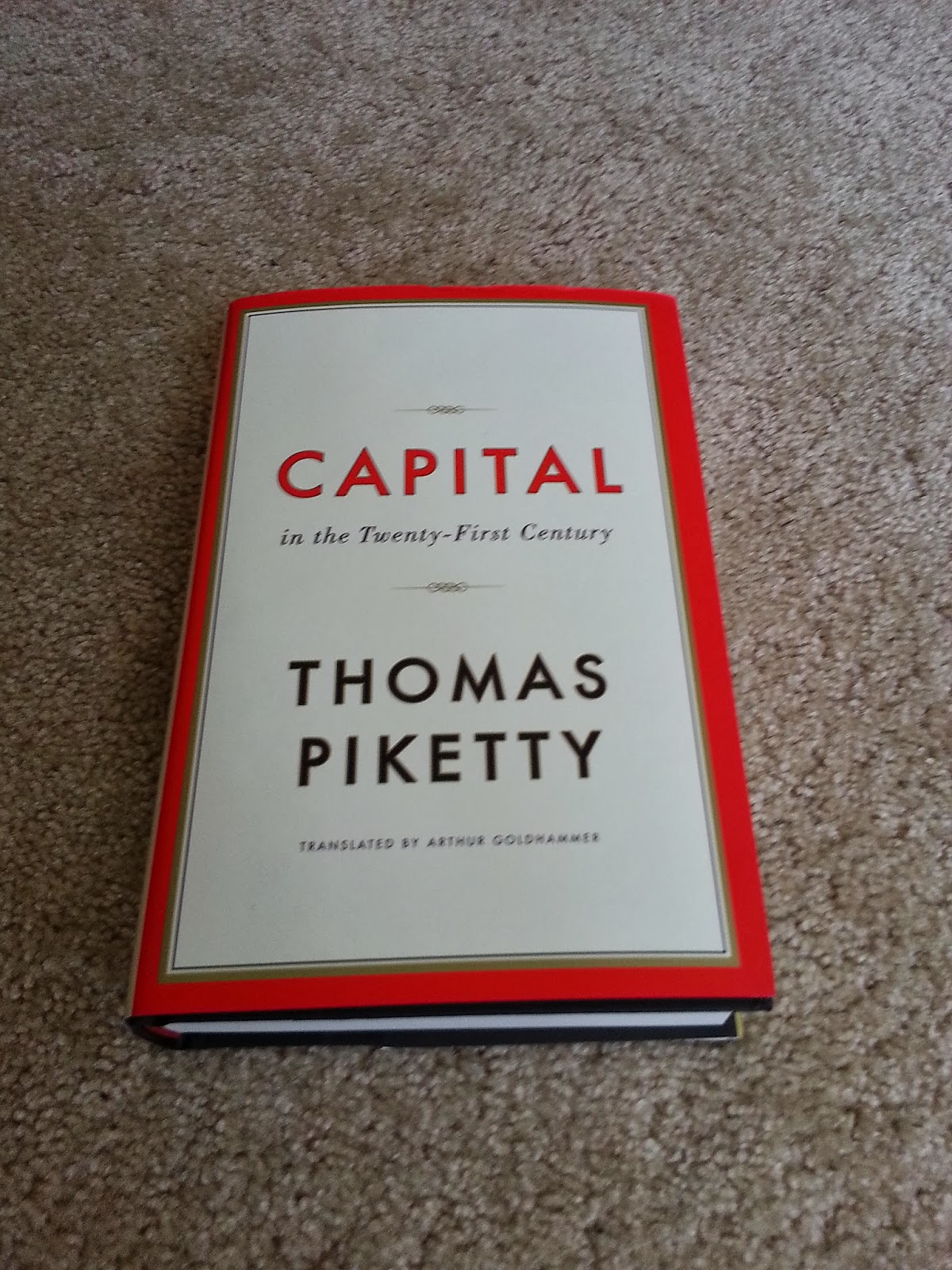 Thanks to a happy accident at Amazon, I received my preorder copy of Thomas Piketty's Capital early. I started reading it yesterday. So far my impressions are mostly good, and I think I will learn a lot about the data and about how to think by reading this book.

Important people don't rely on Amazon glitches to get books early. Ryan Avent has already written some comments about the introduction. I'll comment on two points. First, as Avent notes, Piketty does do some obligatory economist-bashing in the intro. This sort of thing is everywhere in the popular press (and the blogs). My hunch is that it stems from academic habits of selling one's work by claiming that it is a nontrivial improvement on existing literature*. Unfortunately, nonspecialist readers are not likely to understand that. I'm not convinced that telling lay people that the bulk of economists are stubbornly clinging to deliberate ignorance is a good thing on net. Whatever internal fights exist in the profession, probably everyone is better off if the public doesn't think economists are idiots than if it does. Tone it down, people.

Second, despite his complaints about theory, Piketty notes that he will be using some simple toy models to illustrate points. It's good to give nonspecialists some idea of how models can leverage our intuition and help make sense of data. As most people probably know, Piketty's primary framework is the relationship between r and g, where r is returns to capital and g is aggregate income growth. When r>g, owners of capital receive a growing share of income and accumulate wealth rapidly. This is simple but profound--but it is partial equilibrium. Returns to capital are endogenous, which is the point of Karl Smith's comments that prompted this post from me. For some forms of capital, there is an adjustment mechanism that can push returns down. Output growth is endogenous, too, and it's not hard to image a single force that both pushes r down and pushes g up. Hopefully Piketty will shed some light on this.

UPDATE: My full review of Capital is here.

* A less charitable reading of this behavior is that each specialist wants to secure reader loyalty by convincing nonspecialists that all other specialists are quacks. I suspect this happens a lot in the blogosphere, but I have no reason to think it matters for Piketty.
Posted by Ryan Decker at 10:14 AM