Lately it has become popular to talk about how Walmart pays its employees so little that they have to organize food drives for themselves and depend on public assistance, burdening taxpayers. Journalists have railed against Walmart's moral depravity for providing such low compensation. Set aside questions about how to define "low" wages (e.g., why do so many people apply for these low-wage jobs? How do they stack up in international context? etc.). Even if we all agree to call Walmart's wages "low," the system of morality that is motivating these attacks is puzzling. If paying low wages is a sin, it's a sin of omission--and we're all guilty.

Walmart employs 1.2 million people in the US, more than any other private firm. Why is Walmart any more obligated to pay high wages to 1.2 million people than you or I? Does Walmart's decision to provide jobs for these people automatically obligate them to provide pay above a certain level?

What makes this complicated is that you, these journalists, and I employ zero people (or close enough by comparison), which means we effectively pay 1.2 million people a wage of $0/hour.

Walmart critics embrace two moral standards: in the first, morality requires payment of high wages to 1.2 million people. In the second, morality can be achieved without employing anyone at all--that is, by paying zero wages. Most of us have chosen to live by the second standard, and from our lofty moral position we can criticize Walmart for not meeting the first standard. How convenient!

In other words, according to the system of morality embraced by the Walmart critics, Walmart could "rise" to our level of morality by either (a) raising pay to some arbitrary level preferred by the critics or (b) reducing the wages of their 1.2M employees to $0/hour, thus choosing the standard of morality that the rest of us prefer to apply to ourselves. Of course, option (b) means that those employees would leave Walmart--but that's the point. Then Walmart would be equivalent to us. Somehow I don't think the workers would be any better off, and it seems likely that even more costs would be passed to taxpayers as the ranks of the unemployed swell, but at least then the Walmart shareholders would no longer be the target of the critics and could instead join us in sanctimoniously raising awareness of some other huge employer's moral depravity.

It's a funny sort of logic that says that Walmart "transfers" poverty assistance costs to taxpayers by paying workers less than some journalist thinks they should be paid. On an employment-weighted basis, Walmart is less guilty of paying low wages than is anyone else on the planet. If taxpayers have an obligation to provide a safety net (and I think we do), then the system works exactly as it should: Walmart pays people an amount roughly requisite with their marginal contribution to the firm's revenue, keeping them off of unemployment and enabling the miracle that is the Walmart business model to deliver goods to the poor and middle class at prices lower than they would otherwise be. Meanwhile, the government picks up the residual of the workers' needs. It's just as accurate to say that Walmart is picking up part of the tab for the safety net (by providing jobs for the otherwise unemployed, not to mention low prices) as it is to say that taxpayers are picking up part of the tab for Walmart wage policies. The two statements describe the same reality.

This is the social safety net. This is the setup that progressives have demanded, yet they complain when it is used. Focus on making a more efficient and effective safety net, and let Walmart make its own factor payment decisions.
Posted by Ryan Decker at 10:42 AM 6 comments:

Freshwater, saltwater, and the econ blogosphere

Update: Noah Smith was very kind and responded on Twitter; most of the conversation is here.

In this post I raised questions about the Kimball & Smith article on freshwater vs. saltwater macroeconomics. We had a follow-up conversation on Twitter (Kimball is always very gracious, and Smith indulges my complaining from time to time). People seem to still be talking about this, so it's worth another shot.

Here's the problem: This distinction does not exist in any meaningful way, even if it did 20 years ago. Eli Dourado suggests that freshwater critics probably can't pass an ideological Turing test, but the problem is worse than that. I still haven't seen anyone define the distinction in a way that is nontrivial. These are terms without definitions; if we can talk these people into providing definitions, chances are the whole argument will fall to pieces.

I'm going to explain what I mean, but first: This has relevance for larger issues. The caricature of the economics discipline that we read about in blogs and newspapers is neither accurate nor productive. Perhaps the reason this freshwater vs. saltwater debate has caught on in the blogosphere is that anyone can participate in it without having to engage directly with the literature. As long as we stick to politically loaded caricatures and straw men, anyone can have an opinion. Figure out which team you're on--based on political preferences--then start dishing out straw men. But the distinction falls apart once we talk about specific models.

In my Twitter conversation with Miles Kimball (read most of it here), he said two important things. First, their article was focusing on the "purist" end of the freshwater spectrum. Second, most macro work is done in "brackish" waters. This is one of the issues I was trying to raise in my other post.

The distinction only makes sense if you can clearly articulate modeling approaches that characterize each side of the debate and, therefore, come up with a list of papers or researchers that fall into each category most of the time. This can't really be done. Nobody is writing papers with bare-bones RBC models. People are incorporating all sorts of frictions into those models, and the RBC types are producing remarkable economic dynamics on just a few frictions. How do we decide whether these frictions are "saltwater" or "freshwater"? How do we categorize agency mechanisms, money/labor search, or factor adjustment costs? We can't very well just say that any kind of friction makes a model saltwater, or else there would be no freshwater papers and the debate would be irrelevant. But once we admit that everyone is working in the grey area, the debate becomes, well, irrelevant. This is not a rhetorical or conceptual dichotomy with any continuing usefulness.

Instead, we need to focus on how best to incorporate realistic frictions. On that issue, the Minnesota types have some important things to say. There is a difference between frictions arising from clearly defined behavioral or institutional constraints and frictions arising only from a desire to force the model to replicate the data. That said, curve fitting has its purposes. I got hooked on macro as an undergrad when Kerk Phillips, one of my awesome mentors, made me replicate CEE; and the New Keynesian model generally is a powerful source of intuition for monetary economics. Many models without nominal rigidities have severe limitations when it comes to monetary analysis. But the NK model has some big weaknesses. It can't do meaningful heterogeneity (you'd think the bloggers who are upset about inequality would find that relevant). It assumes nominal rigidities that have nothing to do with how prices are set, not to mention a bunch of other band-aids. It is almost always solved only locally. It by no means has a monopoly on shedding light on financial crises (see e.g., here or here). The point is that we have plenty of specific modeling issues to talk about. We don't have time to resort to cliches that lost their meaning more than a decade ago.

I think the most significant thing the econ blogosphere has done is convince a lot of people that macro is really easy. Yesterday my Twitter feed was full of people wondering why the Fed couldn't see the obvious solution of doing more QE (see also this), as if we have definitively mastered the theoretical and empirical task of understanding every aspect of policy at the ZLB. Presumably there are people who actually believe Krugman's nonsense about all the important macro advances happening in blogs now. I mention this stuff because the freshwater vs. saltwater heuristic is yet another way of giving people license to treat macro as a set of easy, obvious solutions to policy problems, with no adverse consequences, that can be applied in practice by anybody in the drivers seat.

This is a political heuristic, not an economic one, and it's a bad heuristic at that. I just don't find it very productive.
Posted by Ryan Decker at 5:37 PM No comments:

My five favorite books of 2013 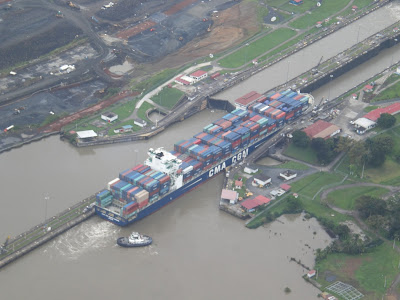 1. The New Geography of Jobs (Enrico Moretti, 2012). Cities matter. Mobility matters. Innovation jobs matter, and not just for the innovators. Manufacturing is overrated as a source of job "multipliers". Geography may explain a large portion of wage and employment puzzles, at least in a mechanical sense. There are secular trends in the US economy that complicate the standard growth vs. cycle dichotomy. This book has directed my thinking on several subjects and probably inspired this post and related ones. Read this book.

2. The Bankers' New Clothes (Anat Admati & Martin Hellwig, 2013). This book persuaded me that equity requirements are probably the best answer.

3. The Alchemists (Neil Irwin, 2013). A good narrative description of the crisis, with a focus on specific central bankers. My opinion of Bernanke was high before, and this did not change that. Irwin tells some mind-blowing stories, like this one. In the comments to that post you'll see Matt Nolan's complaint, which I think is fair. I recall having complaints about some of the economics in this book, but I don't remember what they were (I lost my notes).

4. Misunderstanding Financial Crises (Gary Gorton, 2012). Gorton understands banking; that is probably why Bernanke reads him. I learned much. Recall that Gorton's focus is on (a) inability of the private sector to produce riskless collateral, and (b) the financial crisis as a run on repo, prime broker balances, and asset-backed commercial paper. I am still digesting Gorton as it relates to Admati and Hellwig.

5. Stalin's Curse (Robert Gellately, 2013). Gellately attempts to counter the popular narrative that Stalin was not a committed communist. I do not know this history or literature well enough to evaluate the argument. I simply found the narrative engaging and informative, and it brought me back to issues I have not thought about for some time.


Truly my favorite reading this year was The Big Ditch (Noel Maurer & Carlos Yu, 2010), but it didn't fit my rules for publication date. When we decided to vacation in Panama, I of course downloaded the latest IMF Article IV review (as all tourists do) then went looking for Tyler Cowen's book recommendation (which I found here). After reading and visiting, I concur with Cowen that "people do not spend enough time thinking about the Panama Canal," and I would say Panama more generally (go read all of Cowen's Panama posts). I can't explain the degree to which my Panama experience--of which this book was a key component--has blown my mind this year.

Maurer and Yu are economic historians, which is not the same as historians who write about economics. Their approach to causal inference and measurement is economic and therefore much more satisfying than the hand-waving you find in many histories. Their purpose:

The specific question that this book seeks to shed light on, then, is whether a relatively modern democratic nation, operating inside the strictures of Westphalian sovereignty, was able to leverage its ability to impose military and economic sanctions into sustainable economic gains. Conversely, why did that selfsame nation decide to withdraw from its imperial commitment a few decades later? (5)